Grass is everywhere. In CG, it is also commonly overlooked. A simple texture does the trick - does it?

I'll document doodling around with grass here. A good read about it can be found on this blender-related page (Did I mention that I love blender) http://www.blenderguru.com/product/grass-essentials/

There are some very valid points here. Basically it is just saying that you need more and sophisticated geometry instead than just using hair strands. 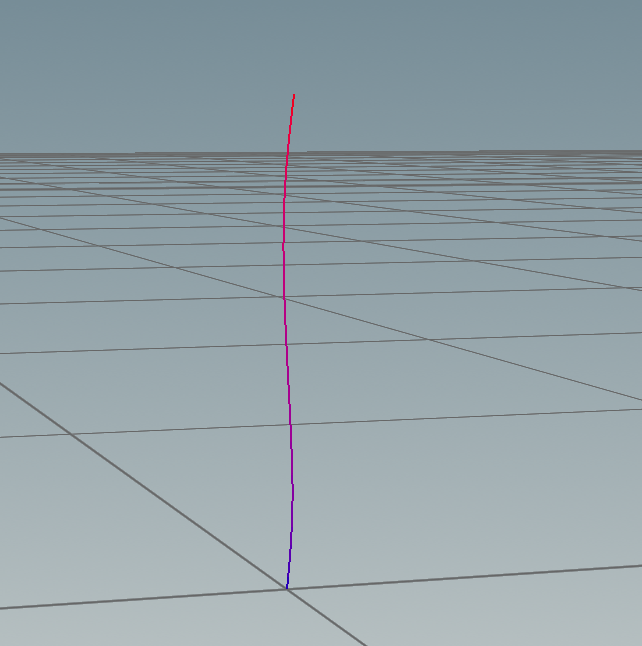 Just wow. Almost there. Now the width attribute. An attribcreate SOP later with width set to (1.1-$MAPU)*0.002 we end up with a render like this: 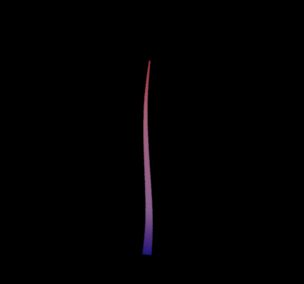 So, let's stamp that one: 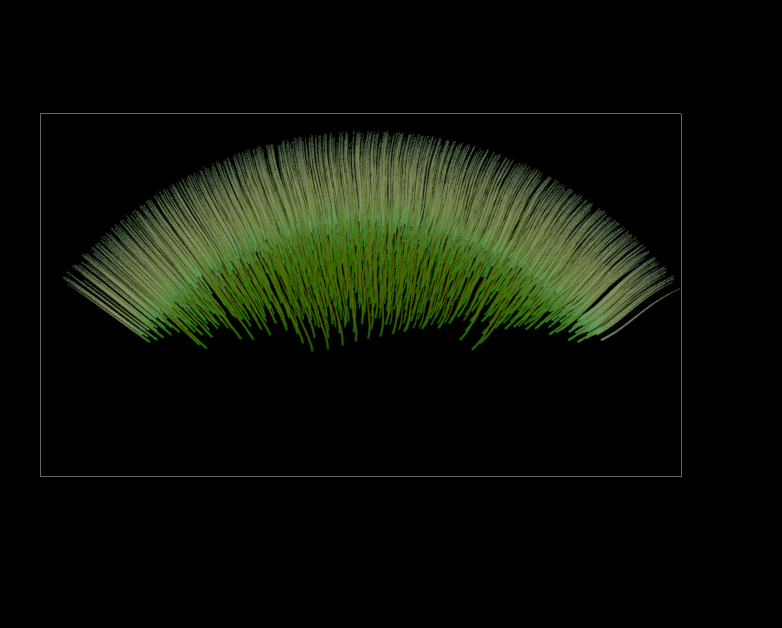 Seriously, this would normally be (and has been in the past) a point where I would despair and scramble for something "better", like an "established" workflow and program and some fancy tutorial explaining "just what I want". Man, this looks like dog poo-poo. Let's stamp in the copy SOP and add a skylight: 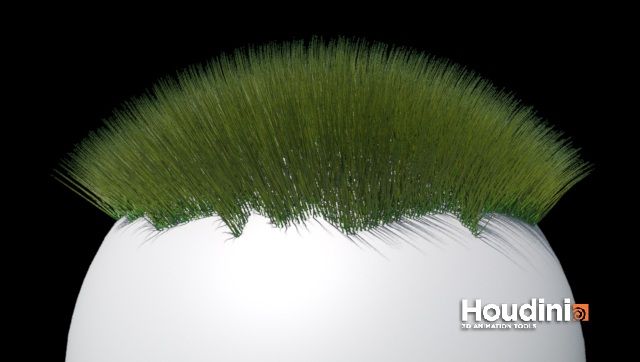 Man, that's better. Looks hairy though, but it's only a single strand without a material.

The great thing about houdini is: At some point you'll realize that everything will work out - you just have not realized how.

The copy SOP randomized scale and rotation. but we can do better: 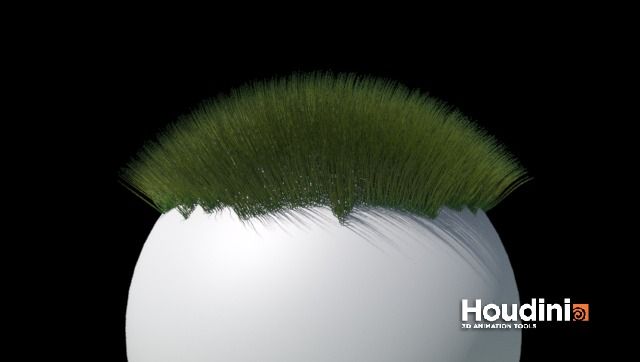 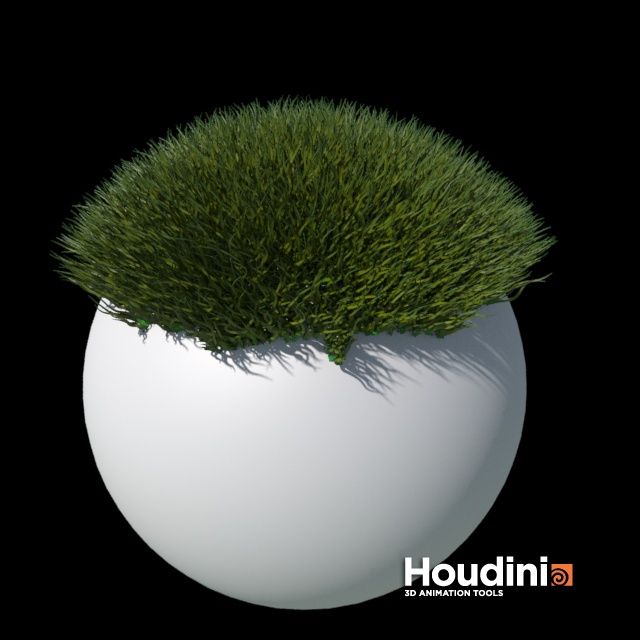 Increased width and created a point VOP to introduce randomness. 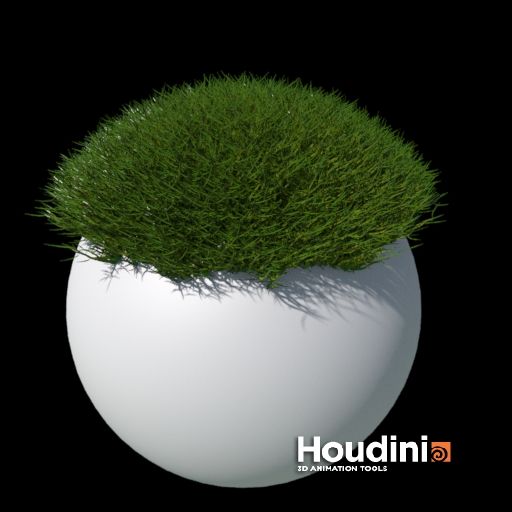 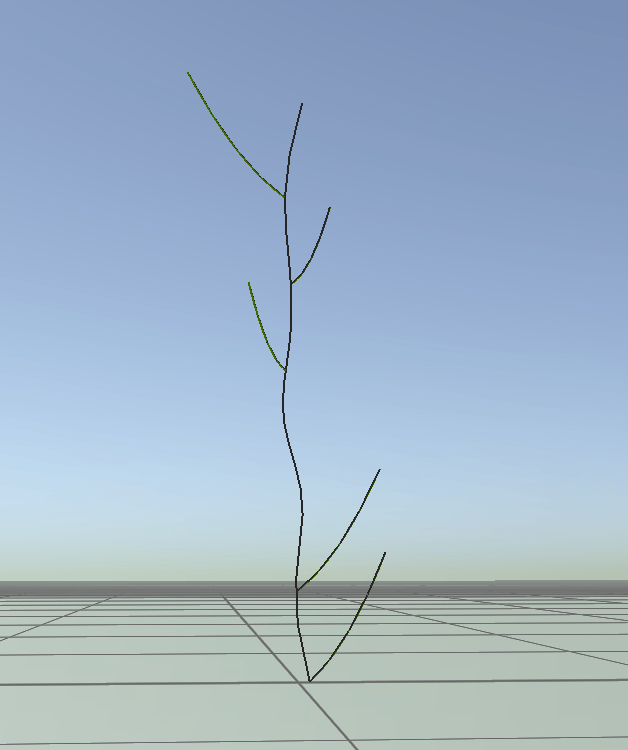 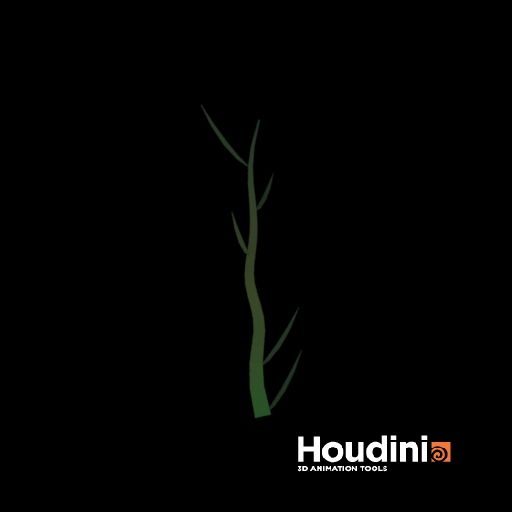 Guess what: It's about the content. Some leaves and larger grass strands later: 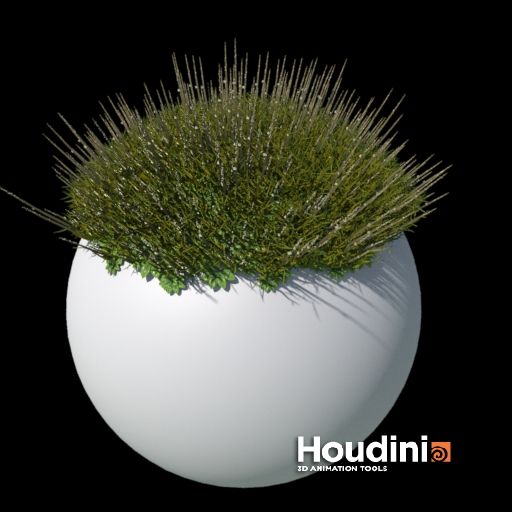 Note how easlily the eye spots repetitions, such as the white seeds on the long weeds. Somehow, when feeding multiple sops in a stamped switch, those do not seem to be properly picking up the randomized seeds.

Further, hue variation in vex is cool and easily done: 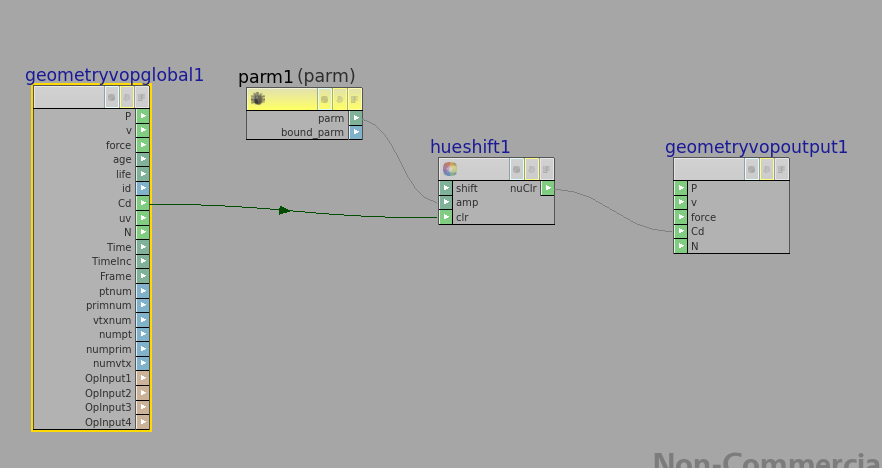 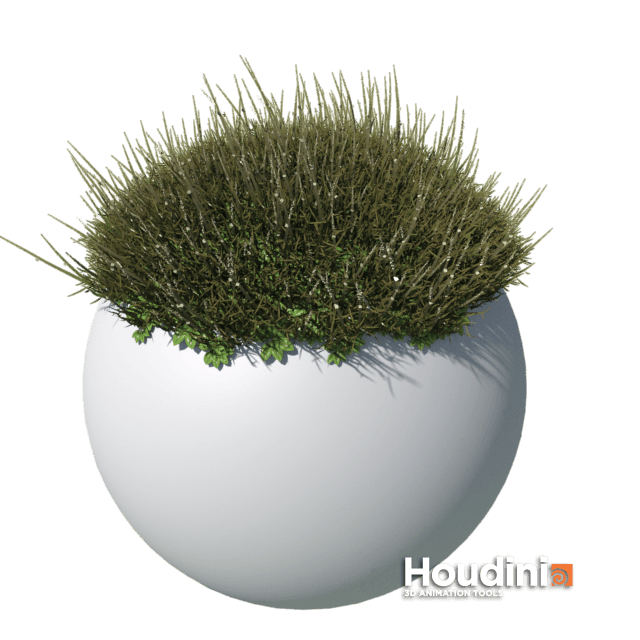 That's what we have now. A bit of hue variation and a bit of SSS on the strands. Also, a slight color shift towards reality, taken from the pictures below.
On distribution: 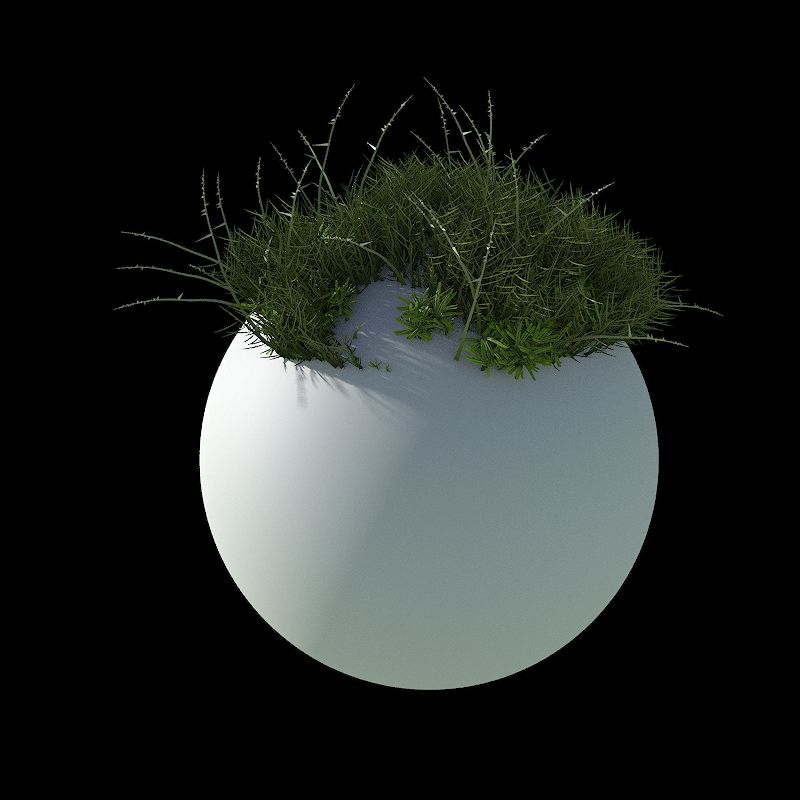 Some of the above applied. You'll notice three things:

What you can't see: 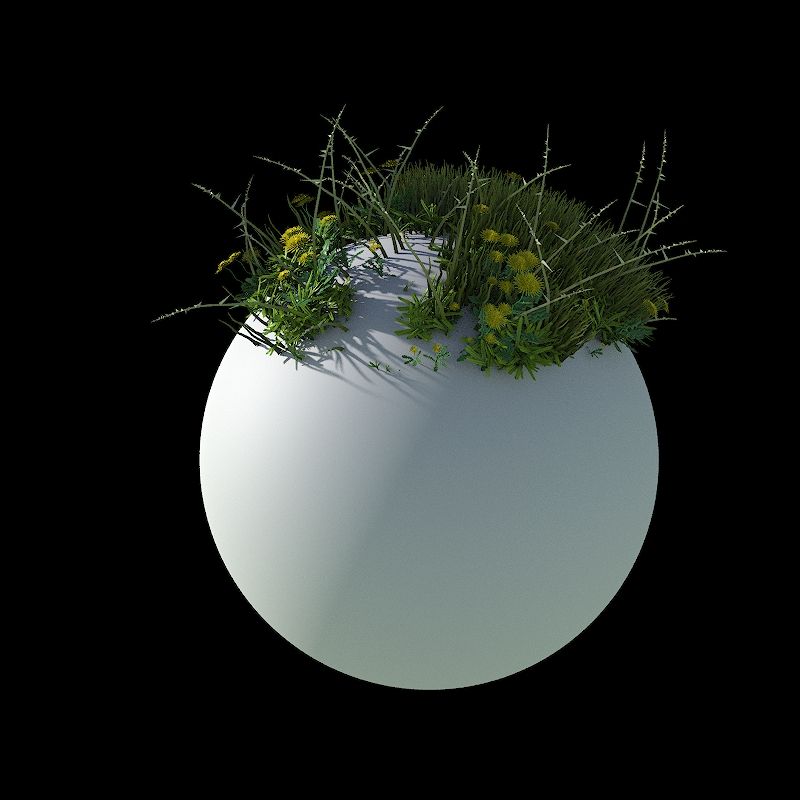 Dandelions have been added. 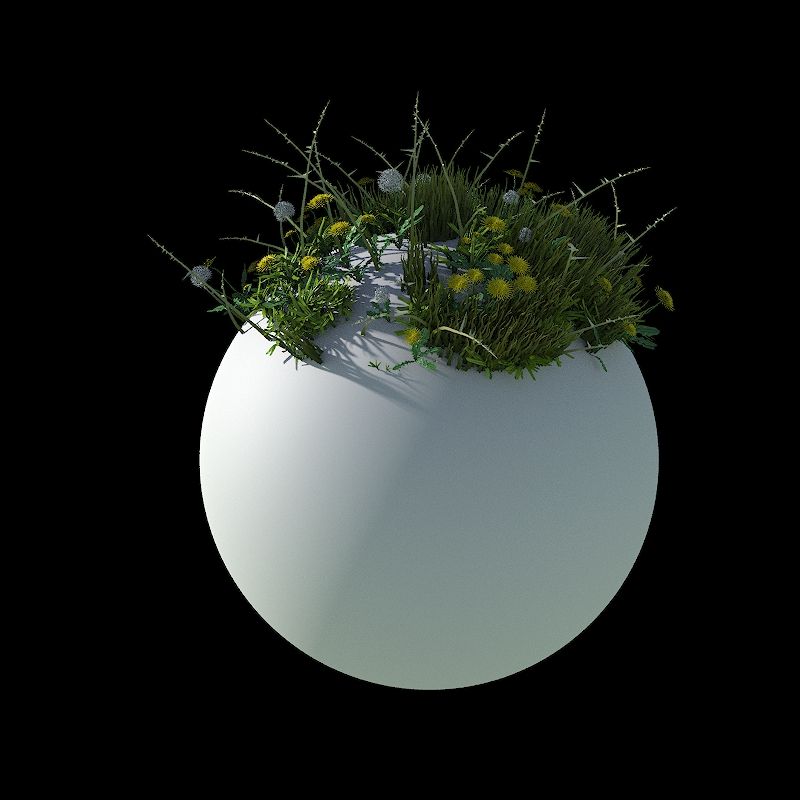 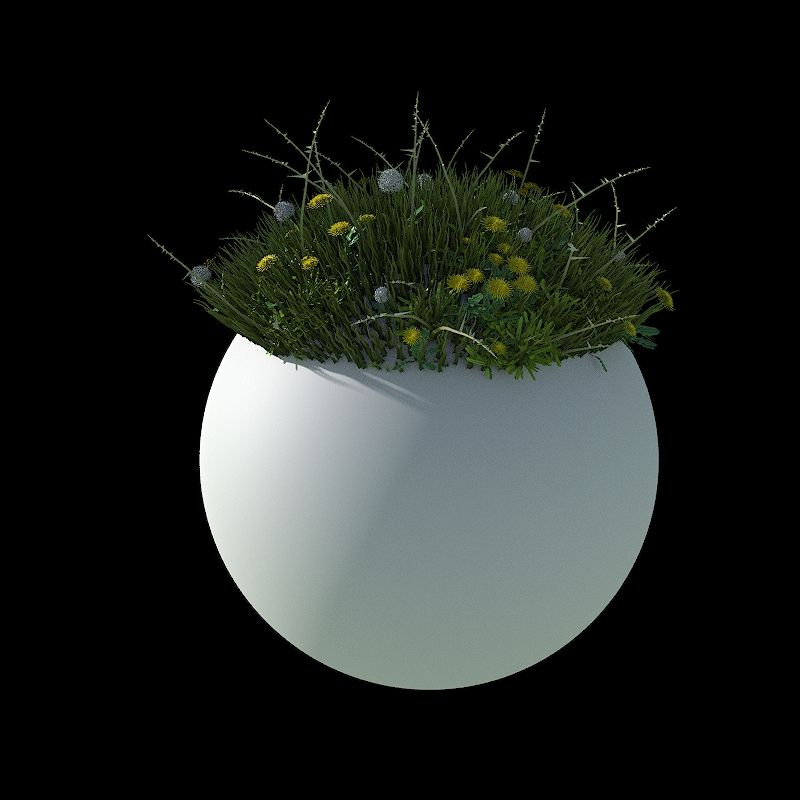 Grass without cohesions, other stuff with.
Next up should be correct height scale and height maps. Had the idea to use the cohesion map as height map (multiplier) as an option or when off.

Now lit with just one HDR, grass colors picked from the image. 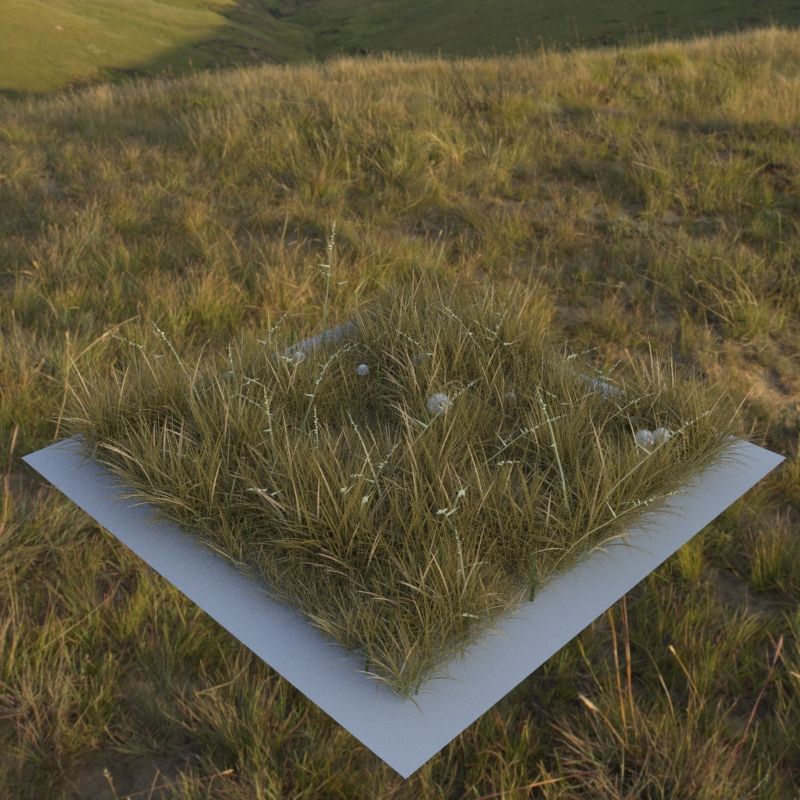 I found out that just randomizing the rotation looks rather ... random. Instead, weather and wind also create localized effects, as combing and clumping in fur simulation.

An initial test with distorted normals: 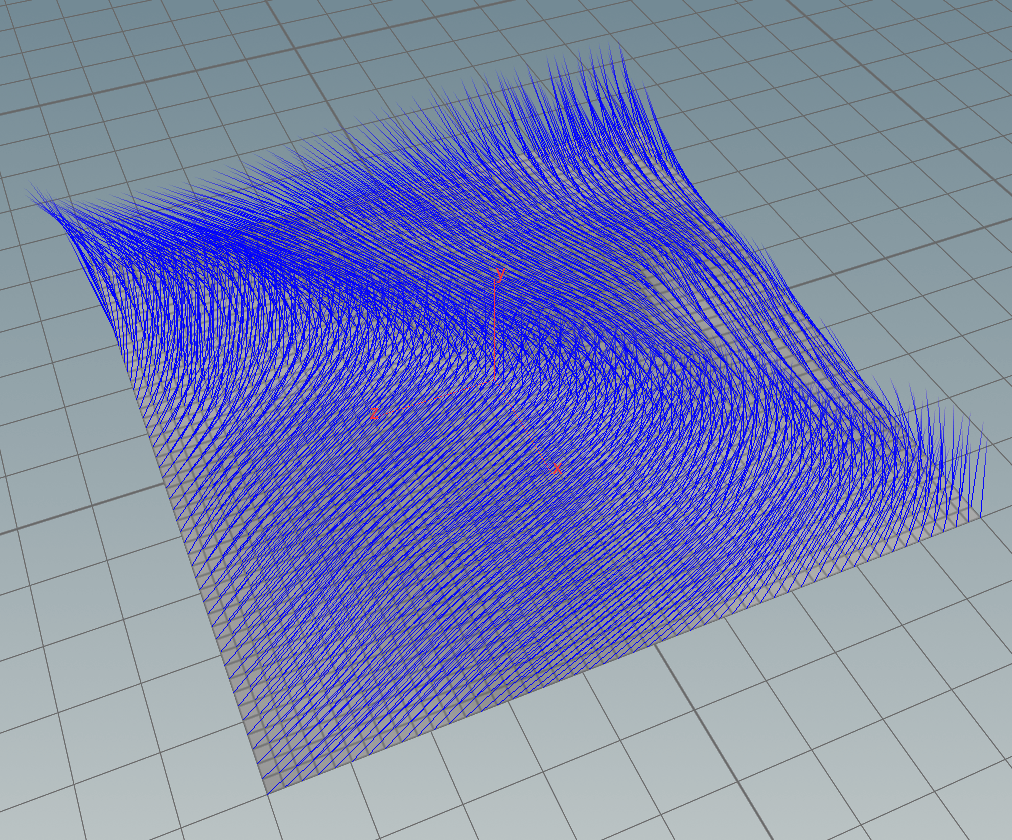 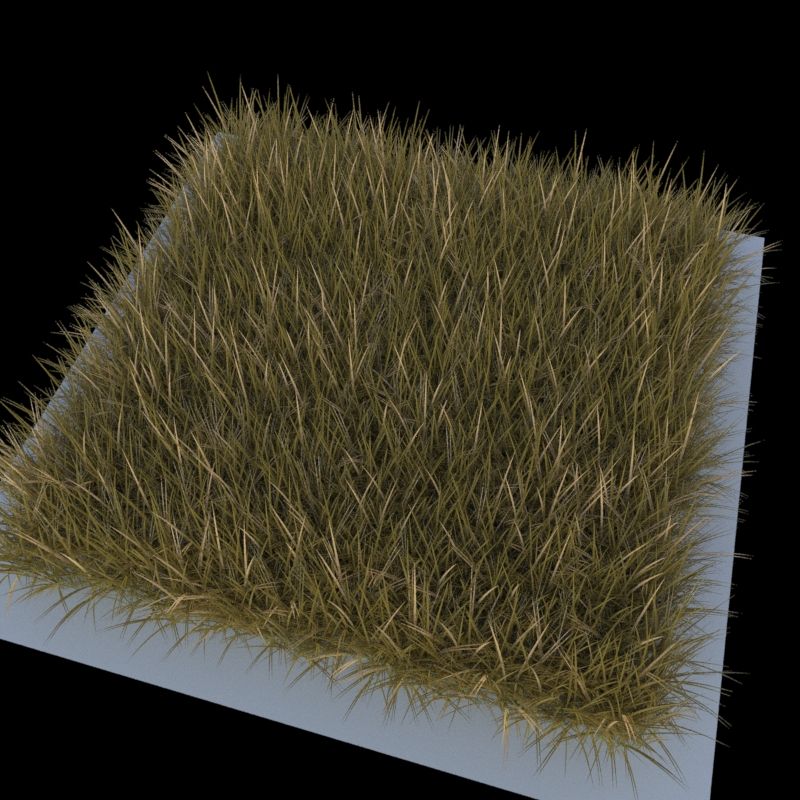 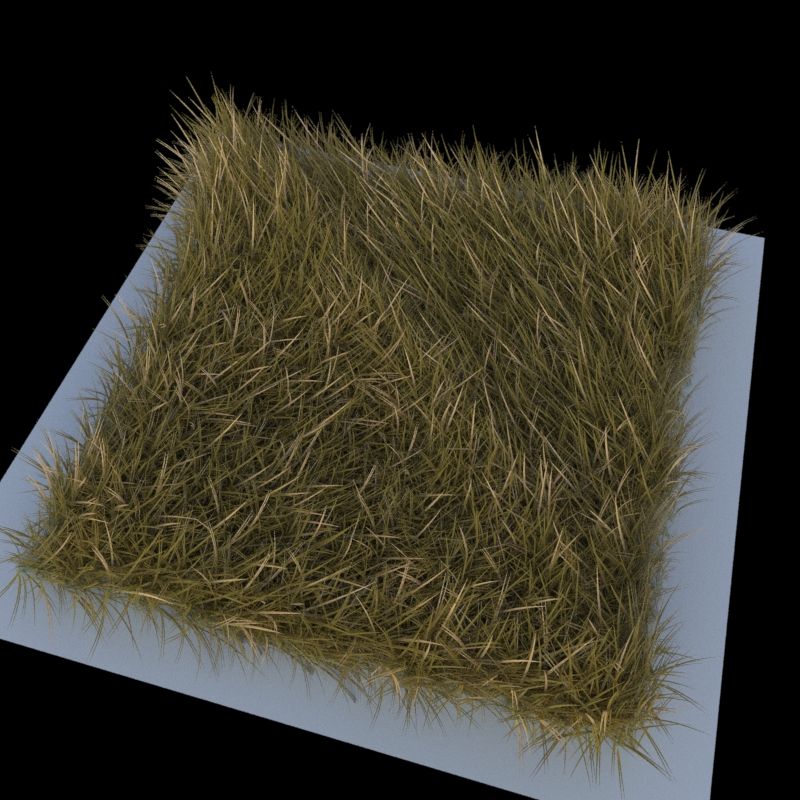 The effect is not quite apparent, since the rotation itself is too random. Also the noise function was shitty. 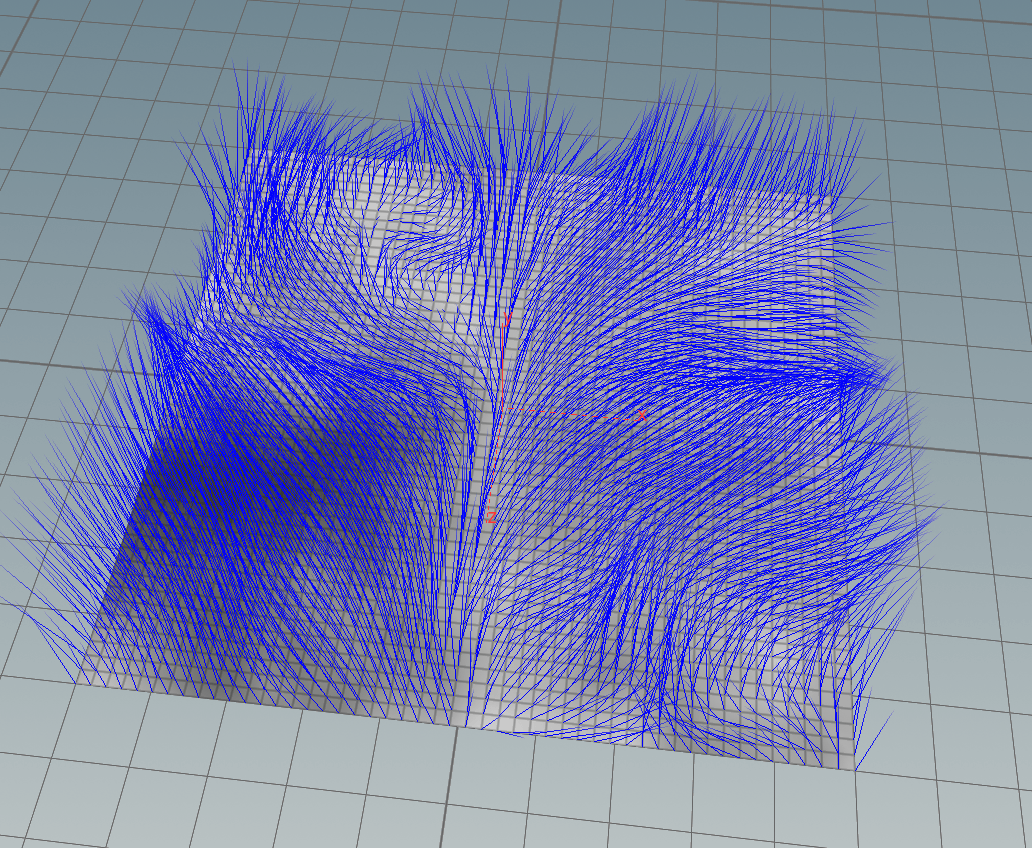 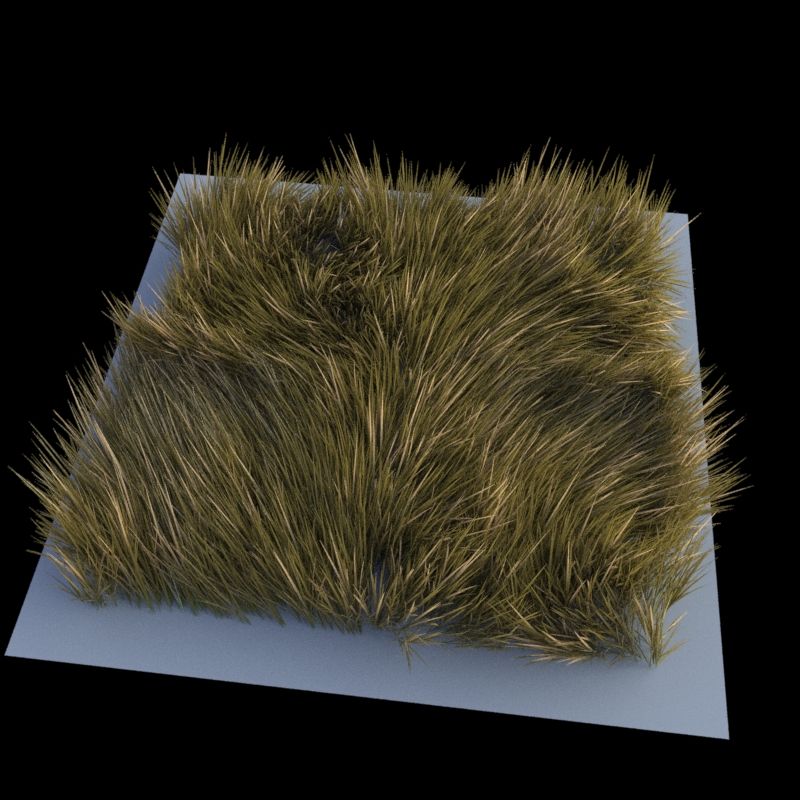 It immediately looks more furry; on the other hand you notice effects present in meadows: Rain and wind has pressed on the grass, forming structures like in this picture.

The cheap magic happens in a point VOP:

Antialiased 3d noise is split into components and than added to x and z normal components. 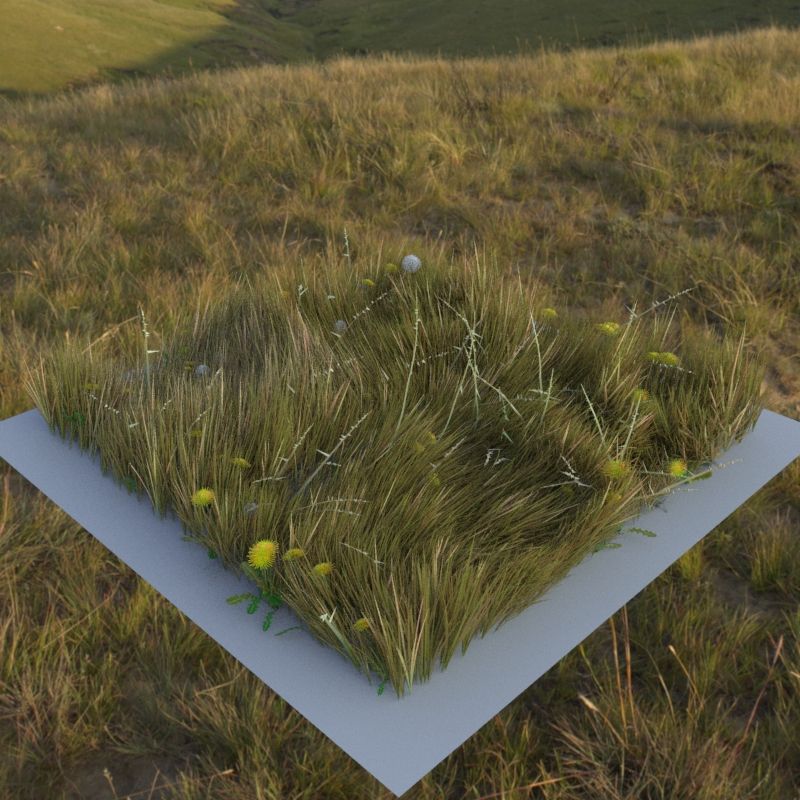 In the image above, other plants have been added back, as well as the growth heightmap. Getting better. 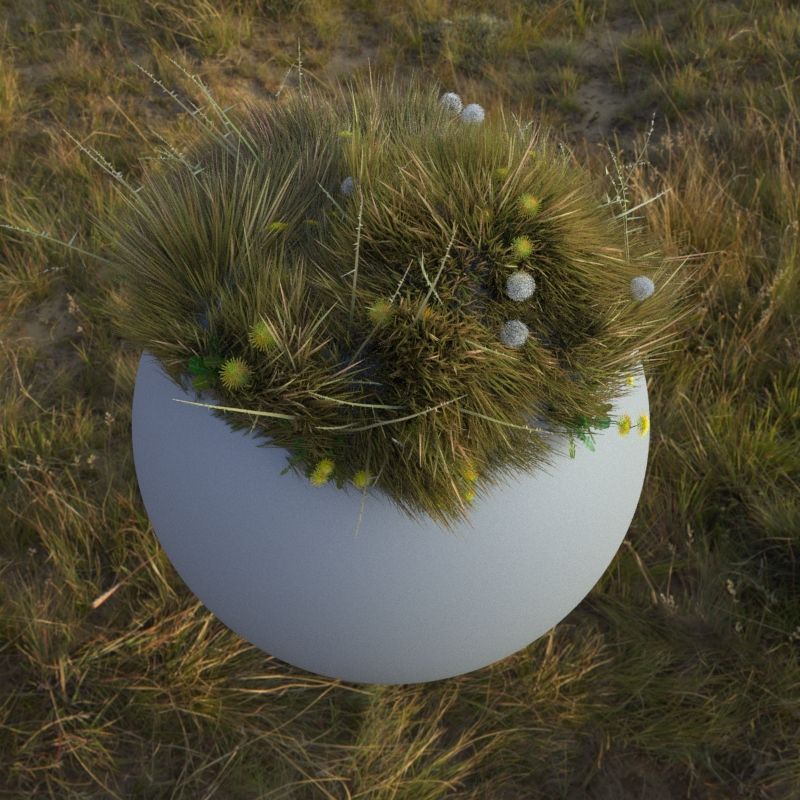 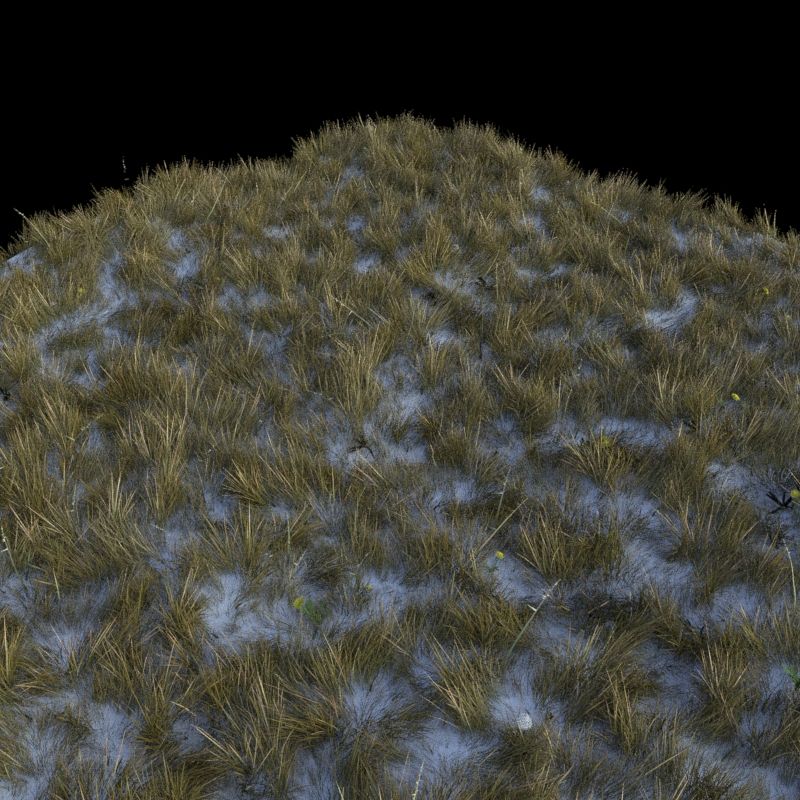 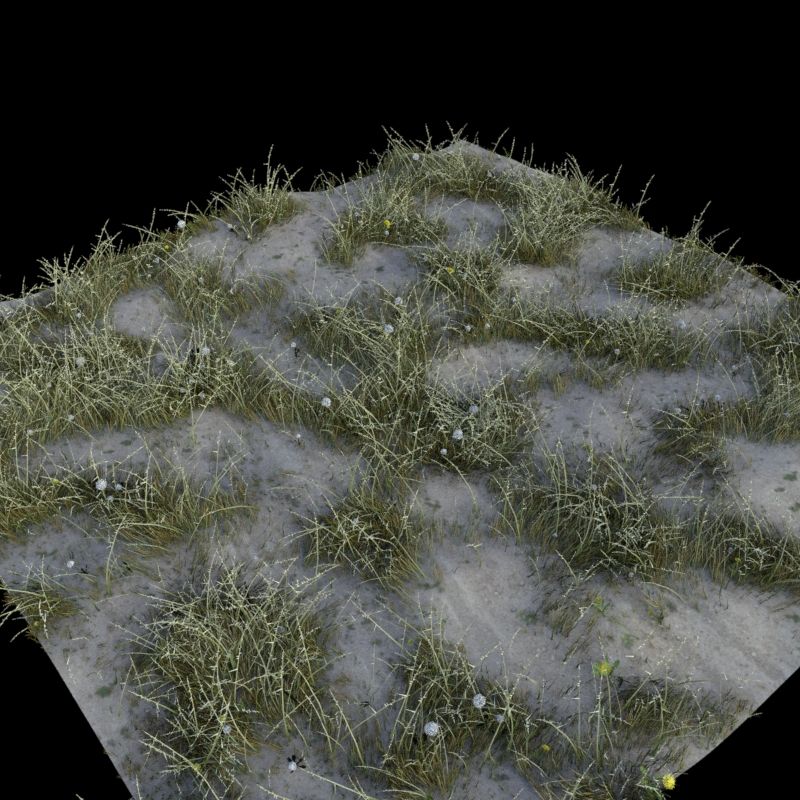 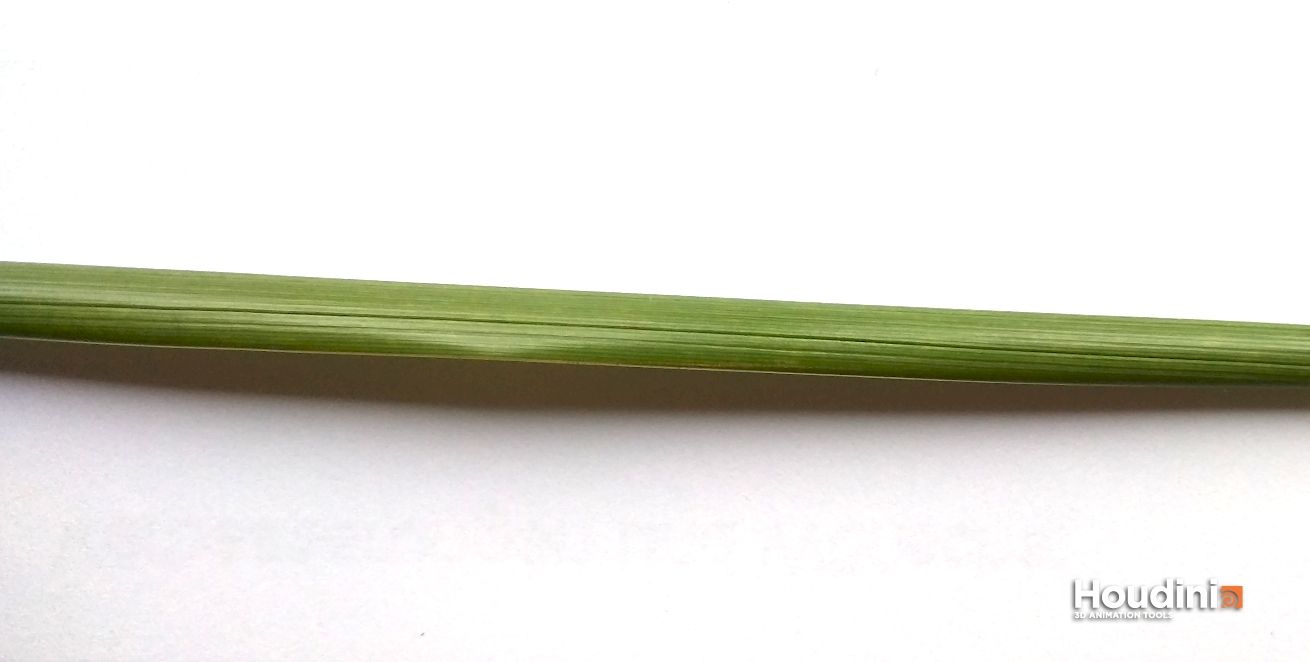 Grass does have specular. It appears largely anisotropic due to the way it grows - it has very fine grooves in the growth direction, broadening the otherwise sharp highlight. This - as in the picture I took - may be broken by larger grooves, contributing to the typical grass appearance. 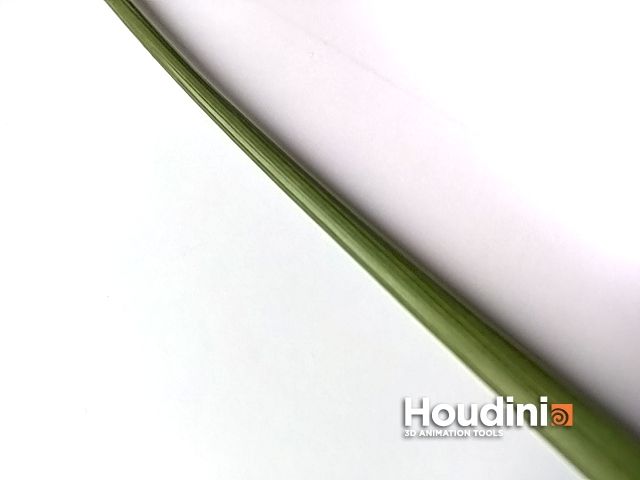 Beyond the copy SOP: Packed Primitives are a rather recent addition. What's great is that thy let you "pack" any kind of geometry into a new primitive. When you have a